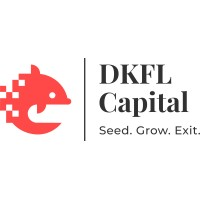 Dieter Kondek has over 40 years of experience as an entrepreneur, investor, startup mentor, and senior executive in the technology industry. He co-founded and invested in multiple successful startups and served as CEO and in senior leadership positions at both venture capital-funded and publicly listed companies in the software and infrastructure technologies industries.

He was co-founder, and chief executive officer of DynaPel Systems Inc., a big data and video analytics company, from 2002 to 2006. He raised more than $10.0 million in capital and guided the company from startup to IPO on the Oslo Stock Exchange in 2005. From 2006 to 2008 he was chief executive officer of Agent Video Inc., an AI and video analytics company. He raised more than $5.0 million in capital and build a global team in the US, Israel, Europe & Asia. Previously, he led Pivot3 Inc., a Texas-based Hyperconverged storage company, as its vice president of Sales and Business Development from 2009 to 2013. Pivot3 reach leading market position in hyperconverged and video surveillance storage segment and together with the executive team he raised more than $100 million from venture capital investors like Lightspeed Ventures, Focus Ventures, Samsung Ventures and Interwest Partners.

His career began at IBM Corporation in 1976. Subsequently he co-founded the largest IBM PC reseller in Germany. He was Managing Director at public listed Computer 2000 AG from 1988 to 1994, which was subsequently merged with Tech Data Corporation, Florida largest Company by market cap and the second largest IT Distributor worldwide. He was Co-Founder and President EMEA at Tradex Technologies from 1995 to 1997, a B2B marketplace e-commerce exchange, which was acquired by Ariba, Inc. in a stock deal valued at $1.86 billion and was Florida’s first USD Billion unicorn exit.

Dieter is Co-Author of the Book “Blockchain in Healthcare”.

5 startups throughout the southeast US will present in front of a live panel of investors and industry influencers for the chance to get funded live! Shark tank style.